For the duration of the COVID-19 shutdown our normal worship services have been paused and replaced by two online services each Sunday. All face to face group activities are paused as well.

After about two months of therapy, my physio said something at my appointment yesterday which made me chuckle. “Right, Karen,” he said, “we are slowly getting there: You are now at about the point where people normally first come to see me.” It made me chuckle because I am a physio myself (and I’d like to think I wasn’t a terrible one!) But in my own case, I really failed in the self-care department, sitting on a niggle way too long until it turned into something much worse. Ooops!

As I’ve been getting to know my exercises (my companions for many months to come), I’ve been thinking about perseverance. It’s not easy, perseverance. To stick at something for the long haul, seeing maybe only small changes in the moment but trusting for more to come. Yet perseverance is the muscle we exercise if we are to grow through seasons of challenge when the true benefits we seek come only after the long haul. Perseverance is needed to reap the real rewards when there is no quick fix or easy way, and when the benefits themselves take time to grow. In my case, I have to stick with the rehab for the long haul to reap the benefits of strengthening, healing and re-modelling which will actually make moving much easier (and re-injury much less likely) for years to come.

2020 has been a year in which we are all having to exercise the muscle of perseverance, especially in our faith and life together. Perseverance to join in with church when it is just on screen. Perseverance to help the kids to settle and engage when our meeting together is so different to normal and new routines are so hard to form. Perseverance to push through the isolation and the loneliness of this season and to commit to connecting in new ways. Perseverance to pick up the phone again to encourage and be encouraged. Perseverance to pray. The word for a growing faith in 2020 might well be persevere.

So how are we going to persist in perseverance when it is so hard? Three ideas to start:

‘Keep your eyes on Jesus, who both began and finished this race we’re in. Study how he did it. Because he never lost sight of where he was headed – that exhilarating finish in and with God – he could put up with anything along the way: cross, shame, whatever. And now he’s there, in the place of honour, right alongside God. When you find yourselves flagging in your faith, go over that story again, item by item, that long litany of hostility that he plowed through. That will shoot adrenaline into your souls!’ (Hebrews 12:2-3)

Persevere, friends! God isn’t finished with us yet… 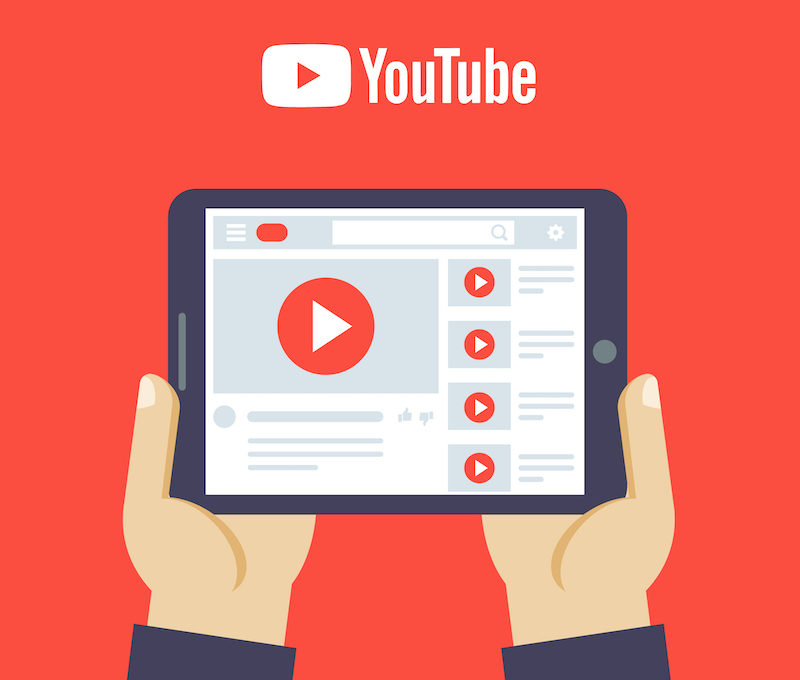 Although we have not been sending reminder emails every week with the service link, the services are still online each Sunday morning as is our new normal. Here are the ways you can access the videos.

Links to services are always available here on the church website. Choose “Worship at Home” from the menu at the top of this page.

We are now using YouTube for our weekly service video streaming in preparation for returning to live streaming when limited in-person services can commence.

You can subscribe directly to the church’s YouTube channel either by searching in YouTube for “South East Bendigo Anglican Parish” or directly via this link youtube.com/channel/UC-44AqL36PxpqsfkCmB1nIw

If you have a smart TV with YouTube built in you will now be able to access the church services directly on your TV.

Finally the simplest way of all – From now on, this button will be in each email weekly news update. Click on it and it will take you straight to the Worship at Home page where you will find the service links. 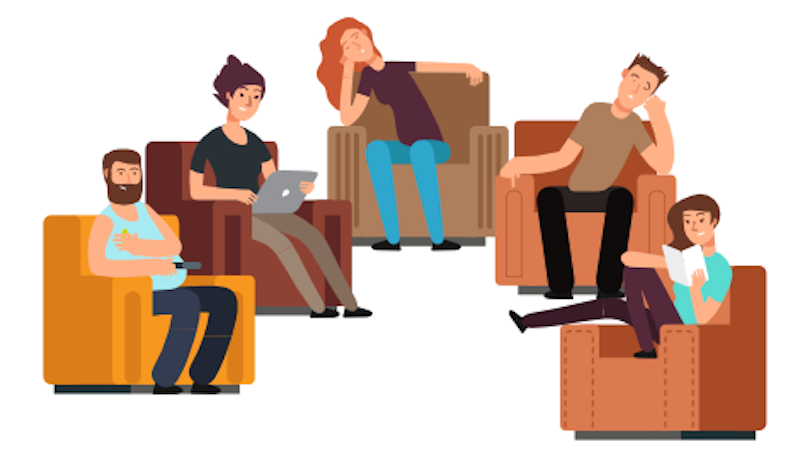 Church in your home?

If you are well and able, we continue to encourage you to invite someone to share the church at home service with you/your family – no more than 5 visitors of course! This is a great way to continue to build relationship and connection and to bless one another with fellowship together. We understand not everyone is in a position to be able to do this but commend it to those of you who are able.

Last week I encouraged us to be thinking about how we can be showing God’s love in our community at this challenging time. And then this arrived in my inbox as one great example – a food drive for asylum seekers and refugees in our community who are particularly vulnerable and struggling to get even the basics for life. See the attached flier for the 10 most needed food items. Items can be dropped off at the Good Loaf Sourdough Bakery, 404 Hargreaves St, Bendigo until 11th July.

What’s happening in your life?

It has been a great joy to read of different people’s reflections in our latest newsletters. And congratulations to Bill and Evelyn Wood on their 60th wedding anniversary! (which we read about in last week’s news in case you missed it).

Here is another story we received. While it took place 1999, it is a story that reminds us not only of the way God guided Eddie Barkla but is a glimpse into one of John Steele’s ministries during his lifetime and his passion to disciple people from other nations. Let us surround John Steele and his family with our love and prayer as John enters his final days here on earth..

It was 1999 when I was invited to be a member SOMA mission team from View Hill Fellowship under the leadership of Rev Dr John Steele to the Church of South India. Committing the mission in prayer I asked the Holy Father for a word of Scripture that would be the guiding light for my path on the mission field. I also asked Maree my wife to seek the Lord for a word that He would encourage and affirm my leaving her behind with 4 children for over a month while I was away.

The Scripture that I was given was, “But more than that, I count everything as loss compared to the priceless privilege and supreme advantage of knowing Christ Jesus my Lord [and of growing more deeply and thoroughly acquainted with Him—a joy unequalled]. For His sake I have lost everything, and I consider it all garbage, so that I may gain Christ”. Philippians 3:8 (AMP) and Maree was given, “He got into one of the boats, which was Simon’s, and asked him to put out a little distance from the shore. And He sat down and began teaching the crowds from the boat”. Luke 5:3 (AMP), and looking at the two Scriptures at a glance you might well wonder how these work together if we did not have this assurance of God’s promise in His word. Romans 8:28 And we know that God causes all things to work together for good for those who love God, to those who are called according to His plan and purpose.

We arrived in India and it was not long before three things abhorrent to the local people became apparent. My name Eddie: we came to appreciate in their native language Malayalam, “Eddie Eddie” was a call for a promiscuous woman of the night. Second, I had at the time a heavy gold ear ring in my left ear and this to them represented that I was still of the old man and not born again [like a Hindu]. And third, my vocation as a worker in a electricity distribution company was looked upon as being of a low caste in society as power over there was not very reliable [and probably cost lots for what you got).

The treatment I received became more noticeable and John Steele suggested that we make some changes how we presented my name and vocation (by this time I had already removed the ear ring).

This was the very reason for my leaning on God’s word that I would consider all things rubbish, a loss compared to knowing Christ Jesus my Lord. We changed nothing and trusted in the Lord for the entire mission. There is an amazing testimony that we could share but at another time. So where did the Luke 5:3 Scripture fit in? It was not till after the mission that this revelation came to light for me.

Jesus stepped into Simon Peter’s boat and asked him to push him out from the shore. The boat represented Peter’s name, his vocation, livelihood, his social standing and identity. Jesus was doing the very same thing to me in India stepping into my life for it to be His life in me. These three aspects of who I was in the worldly sense meant nothing and were to be considered a loss, compared to knowing Jesus Christ my Lord.

God is faithful to His word, this we can testify, He will not allow His word to return to Him empty or void but accomplish all He intended it for. The mission was faith-growing and life-changing to the new creation gaining Christ Jesus.

Looking forward to seeing you on the road soon, God-willing,

Have you got a story to share? Perhaps share some of the kindness and love that has been shown within your family, in your street or at work. Share something you have read that has encouraged you, and strengthened your faith. Email your stories to churchathome@southeastbendigo.com so we can share them with one another.

A reminder: Andy and Verity Nicholson are hosting a short online prayer time again this Sunday 31 May at 8:20pm. All are invited and welcome.

We would like to encourage you all to be intentionally calling and keeping in contact with people within our church community and your broader community where possible. These are strange times, but many of us have been gifted extra flexible time than we normally have and calling people to stay connected is a great way to use some of it!

We are aware that many people do not have phone numbers for our members. We will be working on this in coming weeks, but for now If there is someone in particular you’d like to connect with, please feel free to go through the ministry team. We can take your number and pass it along to the other person and connect you that way.

In addition to being intentional about contact, please use this extra time to be intentional in prayer. The prayer of a righteous person (that is, every follower of Jesus) is powerful and effective! The world needs our prayers and we have the time to give them! So pray each and every day for your home, for your street, for your community, for your work colleagues, for your government, for medical workers and other essential services.  Pray also for the most vulnerable and in need, whether in Australia or around the world. 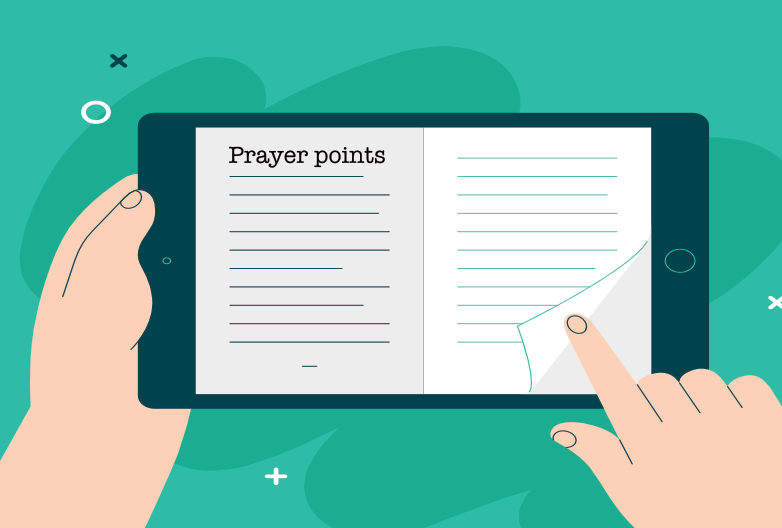 The prayer guide is updated every week and is available under the Prayer at Home menu tab on the HT website. Please use them as much as possible in your prayer life.

Go to the weekly prayer guide…

Being a Christian is more than just an instantaneous conversion – it is a daily process whereby you grow to be more and more like Christ.

God cannot give us a happiness and peace apart from Himself, because it is not there. There is no such thing.

Love is a fruit in season at all times, and within reach of every hand. It is the greatest gift anyone can give.